The story of Alaska

AUTHOR’S STORY—HOW I CAME TO WRITE THE

Shortly after the beginning of this century, my father, LeRoy Belshee, gifted me the rough draft of a manuscript, written by the man in my grandfather’s generation whom my family has always affectionately referred to as “Uncle Bert.” When Bert was no longer able to work on the project, he handed it over to LeRoy, hoping that he could get it published. Holding the manuscript in my arms, I listened as my father explained its origin to me—a collection of stories that Bert wrote about the period when he traveled from San Francisco to Seward, Alaska in 1905 to work on the Alaska Central Railroad. I sincerely promised I would publish it, carefully placed it back in the old brown cardboard box it had been in for more than three decades, brought it home, and placed it on a shelf in my closet.

I thought about the manuscript now and then but did not feel motivated to open it until one evening a few years later, when I retrieved the box from the closet, sat down on the floor in the middle of my room, and began looking through its contents as I spread them out around me.

There was a Penciled Copy in Bert's Handwriting

299 pages of narrative written in third person, with no breaks from beginning to end! Next was a draft that he typed out later—using his old but trusty typewriter—on light tan paper with letterheads from two of the businesses he had owned and operated in Ketchikan, and carbon paper to make extra copies. Typing this must have required great patience and determination on Bert’s part: in addition to the lengthy task at hand, he had cut off three fingertips on his right hand in 1955 in a power saw accident at one of his manufacturing businesses. One copy of the manuscript had been proofread by an acquaintance in Seattle who made a few grammatical corrections and suggestions in pencil, and Bert had started retyping it, but did not progress very far.

There was a carbon copy of a letter from Bert to an East Coast publisher in which he wrote, “...it is all fact, no fiction,” and the reply from the publisher that they wanted six thousand dollars up front to publish it. 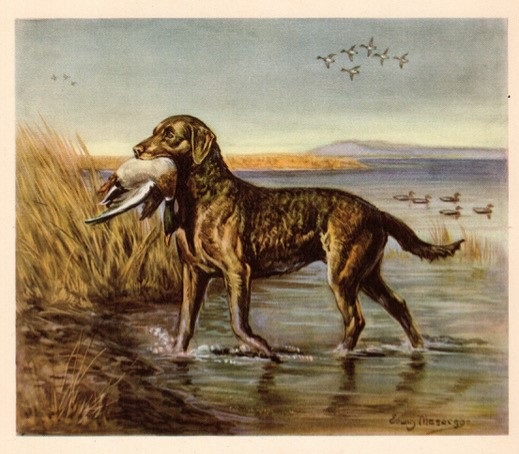 As I looked further in the box, there were a couple of other treasures:

A heartwarming story Bert wrote about Brownie, the Chesapeake Bay Retriever who was his companion during the summer that he was six years old; and penciled out on a half sheet of musical score paper that was tucked into the end of his manuscript were the words and melody for a song he wrote after spending some time back in the States and thinking about returning to Alaska.

I read the entire manuscript into the wee hours of the morning, unable to put it down. When I finished there was no question—I knew I must publish it so others might also enjoy it!

Compiling these stories soon became a labor of love

an opportunity to reconnect with this man who was my surrogate grandfather during the first one and a half years of my life. It brought joy to my heart as I learned, through his stories, what a self-reliant and compassionate person he was—as well as a gifted storyteller.
As I researched to understand where in Alaska he was located during his adventures, and worked to organize the stories into chapters that flowed easily, one into the other, I sometimes became confused as to what he was attempting to say. All I had to do was close my eyes for a few moments, ask, and the answer would come. It was magical, as though he was standing directly behind me, a gentle presence looking over my right shoulder, guiding me through and encouraging me as I brought his stories to life. I sensed his delight when I laughed at his humor and his compassion when tears came as I felt the loss of not having had the pleasure of spending more of my lifetime near him.
When I finished organizing all of Bert’s stories into my computer, I was compelled to write the rest of the story—Bert returned to Alaska in 1914 and made his home in Ketchikan for the next sixty-one years, becoming one of the early pioneers of that area. He married the youngest daughter of Neil McIlravie, uncle of my paternal grandmother and the first builder/contractor in Ketchikan in 1899. He took over the legacy of his father-in-law and with Mae, his beloved wife and companion, became a business entrepreneur and avid supporter of civic, fraternal, and social affairs—two adventurous spirits enjoying their lives together for some fifty-eight years.

My original book, Alaska In The Rough, is a two-part book that chronicles Bert’s lifelong love affair with Alaska beginning at age twenty-one.

Part 1 is the third person narrative of Bert’s many experiences in South-central Alaska with a variety of other resilient individuals, some spirited sled dogs, and his sense of humor that persists even in the face of harsh conditions. It also includes information and history of early Seward and the building of the Alaska Central Railroad, which began on Seward’s shoreline.

Part 2 is full of stories and historical accounts that influenced the transition of Alaska’s early people and land in southern Southeast Alaska and Ketchikan: the influx of the non-Natives, the amazing persistence of the Alaska Natives to establish aboriginal title to their land and its resources, and the ongoing struggle to fend off those who were exploiting Alaska’s land and resources for their gain. Woven into this tapestry are the pioneering activities of Bert and some other members of my family who arrived in Ketchikan during the early 1900s. There is one full section, with many photos, that is devoted to Bert’s “dream of a lifetime”—the development and operation, with the assistance of my father, of his own gold mine, the Blue Jay Mine at Helm Bay northwest of Ketchikan. It started up on the first day that World War II began in Europe; people came by float plane and boats to take turns watching the mining operation and listening to the war activities on my parents’ radio in the little old log cabin in which they made their first home, beside the mill building!

A couple of years after publishing ALASKA IN THE ROUGH, I decided to redesign Part 1 and publish it as a book of memoirs.

My second book—A QUEST FOR ADVENTURE, Southcentral Alaska 1905-07, the Posthumous Memoir of Bert Ray Libe (Fuzzy)—published in 2019, is the compilation of Bert's early stories, with some additional information and history of the Alaska Central Railroad, and an Epilogue that briefly summarizes his life back in the States until he returned to Alaska and became one of the early pioneer builders in Ketchikan- Alaska's "First City."

View cart “A Quest For Adventure, Southcentral Alaska 1905-07, The Posthumous Memoirs of Bert Ray Libe (Fuzzy).” has been added to your cart. 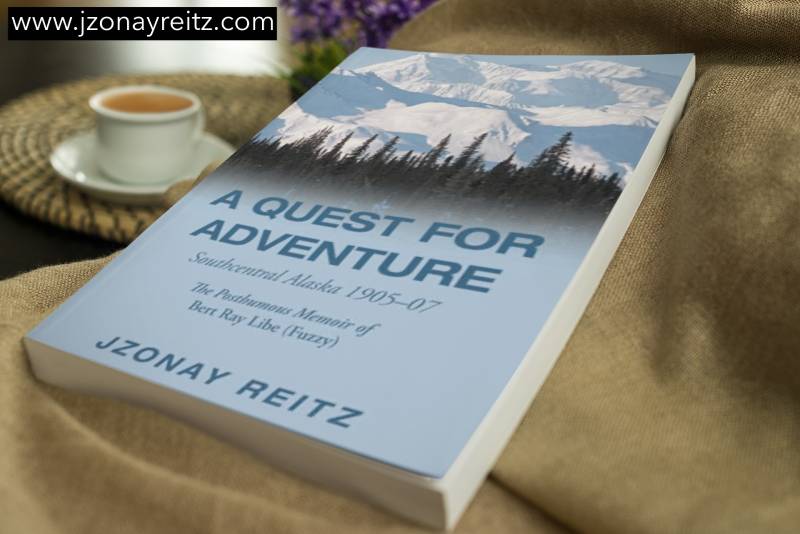